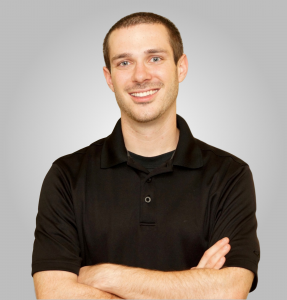 Jeff Horste has performed in the Laughing Skull Comedy Festival, the Boston Comedy Festival, and the Oddball Comedy & Curiosity Festival. He appeared on the Fox TV show Laughs, and has pperformed in some of the top clubs in the country. Jeff has worked with comedians such as Mike Epps, Big Jay Oakerson, and Michael Ian Black.

I try my best to not answer that question, as I have not the slightest clue how to answer it. Funny. I’d say my comedy is funny, but if you don’t like it, that’s fine too.

Comedians have never inspired me, actually. That’s not why I got into comedy. I found many comedians funny before I started, however, I didn’t always think being a comedian was an actual job that someone could have. I got into comedy because someone suggested it and they thought I would be good at it. I know the typical comedian story includes the poster of a famous comedian above their head as they sleep each night. I admit I have admired many comedians through the seven years I’ve performed, but a lot of them are local and it would be weird for me to mention their names.

3. You will be headlining at Mark Ridley’s Comedy Castle for the first time this summer. What does it mean for a Detroit comedian to headline there?

I am beyond excited for my weekend at Mark Ridley’s *cough* June 22nd-24th *cough*. I definitely worked my way up for this. Years ago, I called for the open mic and didn’t get on. I made sure I went to the club as a paying customer to support the open mic and introduce myself to the staff. Making the face to face connection goes a very long way in this business. I performed at the open mic as often as possible until I got a hosting date, and built what I could from there. I’ve always appreciated the care the club is handled with, and as a local comic I’ve been able to seen that first hand. I’m honored and excited to headline there *cough cough* June 22nd-24th.

4. You recorded a live comedy album. What advice would you give to other comics looking to do the same?

5. You and Esther Navarez co-host the open mic at Trixie’s in Hamtramck. What are some secrets to hosting a successful open mic?

Decide what type of show you want ahead of time. Our show is simply, “Show up, go up.” Comedians who are professionals or comedians who have never tried it can all perform by simply signing up before the show is over. You can have a show with higher standards, but that also requires more effort. Make sure you know what you’re getting yourself into.

6. You’re dating another comedian. What are the pros and cons of dating somebody who is also a stand-up comic?

The pros of dating a comedian are: being with someone with an identical sense of humor, and someone who you truly have fun with. The cons are: sometimes she can be a total…I’m joking. I don’t feel that being a comedian, specifically, creates any problems in a relationship that don’t exist in any other relationship. Typically, comedians have egos, making it hard for them to have joy for other comedians’ success. That’s obviously not the recipe to a good relationship. However, as long as you’re not a shitty person, I don’t see an issue.

My writing process has changed throughout the years. Some comics think they are Jay-Z and don’t have to write stuff out, but I can’t do that. I use Evernote and type jokes out in my phone. Then I finish them on my laptop later.

I have enjoyed doing improv the last couple of years. It helps me think and perform outside of my comfort zone. I’d like to see stand-up comedians be less bitter towards the improv comedy scene.