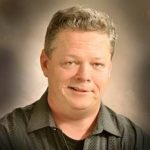 Detroit’s Steve Hansen performs regularly at venues throughout Michigan and has opened for Tom Papa, Tom Simmons, and Darrin Rose. He is also a co-host of the 5ive Gears Internet Radio Show on the Podcast Detroit network on Thursday evenings from 7 pm to 9 pm.

A bit cranky, definitely self-deprecating and a bit dark. I’ve been told it’s “smart,” but I’m not going out of my way to make it intellectual. I find humor in things that annoy and frustrate me. Most of my material is short bits based on things that happen in my life. I don’t do a lot of one liners, but I have some. I also do not do a lot of long stories, but that’s primarily a function of the shows I’m on and the fact that I’m still relatively new.

2. How did you get started doing comedy?

Well, I bought a bunch of comedy writing books in 2003 and took a stab at writing and put them away. At the time, I was living in LA and had a very demanding job which didn’t allow time for comedy. I moved back to the Detroit area in 2005 after having been gone since 1988. In early 2014 I started making a real effort to start writing, and in June of that year I took Bill Bushart’s introductory stand-up class at the Comedy Castle. I’ve been at it since then.

3. Who were some of your comedic influences? What is it that you admire about them?

Richard Pryor: He had a unique ability to turn raw pain into unbelievable humor. It’s hard to think of anyone in the 70s who I thought was funnier.

Bill Hicks: He was a comedy prodigy and was doing sets in Houston while in high school. He was smart, edgy, and hilarious. Toward the end, I wasn’t laughing as much, but he was still compelling.

Robert Schimmel: Hilarious and unafraid to tackle the darkest of subjects and make them funny.

Rodney Dangerfield: He just had such great, tight jokes. I loved his self-deprecation.

Doug Stanhope: I probably shouldn’t count him as an original “influence” because I really started watching him after I got into stand up. I guess he’s a current influence. His comedy is really smart and dark (which I like). He also seems like a maverick in the stand-up world who just does his thing and is more concerned with being great than elevating his profile.

There are a lot of other people I think are outstanding.

4. You started comedy at a later age. Tell us about what inspired you. What recommendations would you make to other people who are thinking of doing the same thing?

It was a long held ambition that it took me a while to get to. I had to get to a point in my professional life where I could get on stage a lot. What inspired me is that it’s just you, your ideas, and the microphone. It’s so stripped down and pure. I played in a band in the late 80s and early 90s, and there is so much more involved in collaborating with others, playing instruments, etc. I love the simplicity and purity of stand-up. Also, the people I listed under question 3 inspired me quite a bit. In my family being funny is and was a big deal.

I’m really not that far along to offer great advice. I have gotten some good advice from others. I’d say: write personally, go up a lot, and don’t fall in love with your jokes. Credit comedian Joel Fragomeni with that last nugget. It is really hard to let go of a joke you believe in, but if it’s not working you have to kill it, at least until you can figure out how to make it work. One other thing I recommend is figuring out the circumstances under which you are the funniest. People have different situations, mindsets, etc. in which they are most likely to generate their best jokes. Finding that and then using that knowledge to put yourself in the best place to generate good material is important, at least it has been to me. For example, when I’m tired, angry, or exercising I seem to come up with my best stuff. If you’ve seen me, you can tell I don’t get too much material from exercising.

5. Although you’re from Royal Oak, you’ve also lived in Chicago, Boston, and Los Angeles. How has that influenced your comedy?

I don’t know that there is anything too direct other than I’ve seen a lot. I’ve lived in urban and suburban environments. I’ve lived in nice neighborhoods, and not so nice neighborhoods. So, I’ve gotten to see a lot of different people and get a lot of different life experiences. If you are going to write personally, you really need to out and get something to write about. It helps to have lived different places and seen different things.

6. You’re very active on Twitter. Talk about how you use it as part of your comedy.

I use Twitter, primarily, to tell jokes that I don’t think I can do on stage. I do a lot of political jokes on Twitter. I’m not balanced in my politics. My jokes reflect what I think. I’ve found political humor very difficult to do onstage because the political climate is so divisive. Occasionally, the tweets make it into my set, but not too often. One thing I like about Twitter is that the 140 character limit disciplines you to be economical with your words. Twitter is great for telling jokes and issuing important Presidential communications.

I get very little response to the tweets as such. I forward them to Facebook, and for me, if I get 10+ likes I’m doing well. Those aren’t impressive numbers, but I don’t have a ton of Facebook friends either.

It’s multifaceted. Sometimes, I’ll sit down and “free write” about anything that interests me just to get the wheels spinning. Other times, the writing is more focused, and I list out facts about something that interests me and try to build punchlines off them. Once I’ve been thinking about a topic for a while, jokes will just come to me. That also happens when I’m ranting at home. My wife will say “you need to write that down.” I try to write when I’m somewhat tired because my brain works non-linearly and makes weirder associations when I’m tired.

My main focus is improving my joke writing and getting on better shows, which is starting to happen. Apart from stand-up, I am a co-host on The 5ive Gears show, a live weekly internet radio show on the podcastdetroit.com network. I write jokes about news stories every week and then shoot jokes in and out when the guests are on. My co-host is Jeff Barham, and we feature Michigan entertainers, primarily musicians and comics at the moment.

EXTRA CREDIT: If you could be an interior decorator for any celebrity, who would it be? How would you redecorate their home?

Ted Nugent. I’d redecorate his house with nothing but PETA posters and pictures of democrats holding gun control signs.